How Much is Your Old Computer Worth? 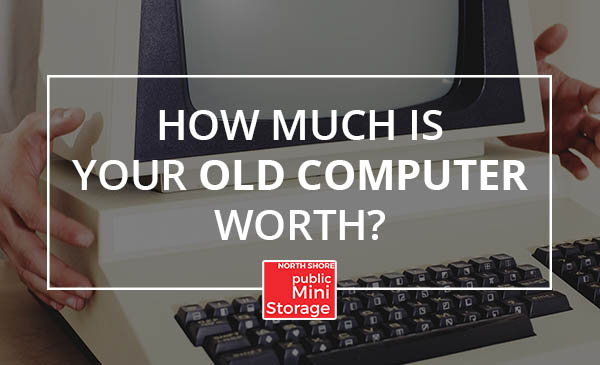 Old electronics go two ways. Useless junk or valued collectible. Many people have these items in their self storage locker and do not even realize it. Well, we have comprised a list of some of the most valuable computers out there. If you have one of these, sell it now and enjoy the money.

Created and sold in 1976, this computer only ever sold 80 units. This is highly sought after by collectors and if you come across one of these inside your storage locker, be ready because its worth is in the tens of thousands of dollars.

This is the best-selling computer ever made to date. With over 17 million units sold after its launch in 1982 it now sits as one of the most collectible items. If you have a good condition Commodore 64 in your unit, you could profit over $400.

If you have seen the Steve Jobs movie, we suggest you should. The Apple 2 was the computer that kick-started Apple to fame. This isn’t the most collectible computer in the bunch, but a good conditioned Apple 2 will get you around $300.

Obviously the predecessor to the Apple 2, the Apple 1 was Apple’s first shot at modern, commercial computing. With only a few hundred sold, this is an extremely rare item. If you have one, tell nobody because that baby is worth a cool 25 thousand dollars.

If you have never heard of this, don’t feel bad, neither did we. Made by Xerox, that company who now creates copiers. In 1973, they released The Alto, it was a hit due to its unique interface and attached laser printer. Have one of these? Well now you are looking at collecting anywhere from 5 to 10 thousand dollars.

We urge you to check out that storage locker you may not have used in a while for any of these. You will be surprised at how many people have no idea they possess one of these treasures Looking to store your old computers for the future? Contact North Shore Mini Storage!